The Epic of Gilgamesh

The Epic of Gilgamesh is, perhaps, the oldest written story on Earth. It comes to us from Ancient Sumeria, and was originally written on 12 clay tablets in cunieform script. It is about the adventures of the historical King of Uruk (somewhere between 2750 and 2500 BCE).

The translator chose to eliminate Tablet XII for personal reasons, with support from many literary, archaeological, and linguistic experts because it appears to be more of a sequel to the first 11 tablets, containing a story about Enkidu volunteering to retrieve some objects that Gilgamesh dropped into the Netherworld.

This translation is based on the "standard" Akkadian "edition", but is filled in with excerpts from the Old Babylonian where necessary. 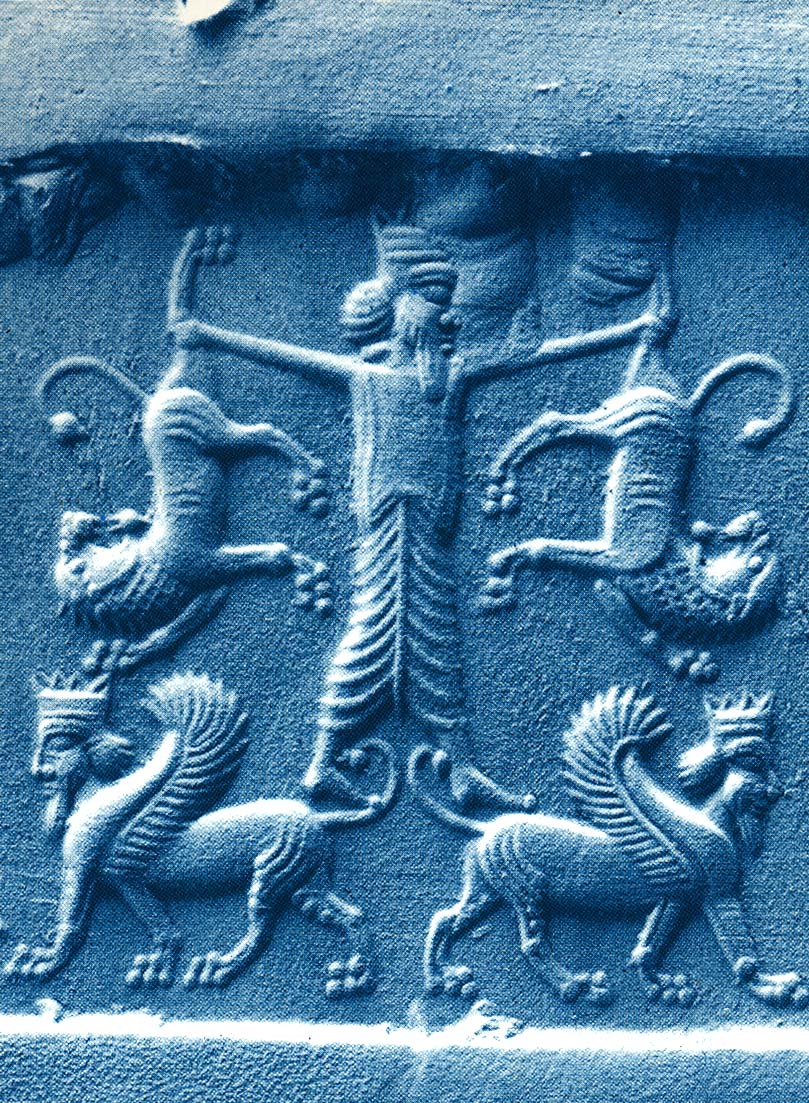 Were the Sumerians settled in Latin America several thousands years ago? Seem so, according with the new analysis and translation on the carved text on a statue of Pokot civilization. The monolith is a Pokot anthropomorphic stone statue, about 170 cm high, which was found around 1960 at the site of the Pokot, about 2 km from the city of stone Tiahuanaco.


According to the scholar Clyde A. Winters in the monolith of Pokot there are various inscriptions (proto-Sumerian origin), but the most important ones are below the hands (which are resting on thighs), and in the dorsal part (in the back of the statue). This is the translation inscriptions found in the front, according to epigraphist Clyde A. Winters: "Spread to all mankind the opening oracle of Putaki. It proclaims that the race of Putaki be estimated over time. Act in the right way so that the oracle may disclose wisdom. Enjoy the cult. Everyone must bear witness to the Divine will. The soothsayer interprets the guidance of the oracle, to make known the rules that guide humanity. The citizens who testified in favor of human wisdom and will disseminate examples of strong character." In the front left of the statue there is an additional wording relating to which is interpreted as follows: "The shaman proclaims the immense importance of this place, the power of Divinity in order to deliver the wisdom of man." There are two other additional incisions, always at the front: "Putaki Oh great, wise man and ancestor of many nations. And again, you swear to bear witness to the character and wisdom. Bear testimony of the power of divinity in order to strengthen your character." In the hands of the monolith will be written, according to Winters: "The oracle Putaki leads man to the truth. This oracle will sprout precious esteem, now shows his escape." As far as the dorsal part of the monolith, there are various interpretations. According to Clyde A. Winters that the translation would be: "The oracle is the ideal standard. This leads to the oracle of divine knowledge. Distribute to all mankind the divine will. Capture the sense of perfect voice. The oracle will spread peace. Listen to the oracle, the prophet calls. The diviner speaks wisely. The will of God will become visible and shining, coming from the mouth of the oracle. Listen to the soothsayer, listen to the oracle call to you wisdom and character. Listen to the oracle to spread the divine will, following the Good legitimate and fair. Call the food to you purely for the oracle. Oh Oracle, you are the witness of purity. Spread peace and wisdom. The oracle of Putaki is the father of wisdom and benefit of all. Become a visible witness of wisdom and divine will. Spread the divine will and you will be witness of his power." According to Winters, therefore, the monolith of Pokot was an oracle whose name was Putaki. maar hier komt dan weer de boom aan
"The oldest name of Babylon, Tin-tir-ki, meant ‘the place of the tree of life’.
• The name Euphrates was applied to the rope of the world, to the encircling river of the snake god of the tree of life, to the heavenly river which surrounds the earth (Sumerian)."

is eigenlijk volgens ?? de Assyrian Tree of Life with two geniis and King Ashurnasirpal.
From the Northwest palace at Nimrud.

Urartian Tree of Life with attending genii picking the fruit.


"The Tree of Life was a Babylonian concept, and as represented in carvings it does not look particularly like a tree at all. It was shown as a series of leafy rosettes, arranged and construction in a strange [lattice] pattern...To the Babylonians, it was a tree with magical fruit, which could only be picked by the gods. Dire consequences befell any mortal who dared to pluck form its. The tree found its way into the Hebrew legend of Adam and Eve...which is heavily loaded with allusions of the Ancient of Days. Recent works on the Kabbalah make extensive use of this tree. Ten parts or attributes of the Ancient of Days are identified with ten of the rosettes..."
- George Sassoon and Rodney Dale, The Manna Machine
De volgende gebruiker(s) zeggen bedankt: Dromen, baphomet
Omhoog