The top US military officer said on Sunday that a military strike would be premature as it was not clear that Tehran would use its nuclear capabilities to build an atomic bomb.

"I believe it is unclear [that Iran would assemble a bomb] and on that basis, I think it would be premature to exclusively decide that the time for a military option was upon us," said General Martin Dempsey, chairman of the US military's joint chiefs of staff.

He said he believed the Iranian government was a "rational actor".
http://www.guardian.co.uk/world/2012/fe ... lear-talks

Gas Prices Soar Due To Tensions With Iran, Refinery Closures

LOS ANGELES (CBS) — Soaring gas prices are giving drivers a new round of pain at the pump.

Fuel prices have risen 25 of the past 26 days in Los Angeles and Orange counties, according to AAA.

At an average of $4.06 a gallon, prices are at their highest point since last summer.

CBS2’s Kara Finnstrom reports that a gallon of self-serve regular unleaded gasoline is $4.93 a gallon at a Shell station in the Miracle Mile district.

It’s not unusual to have price jumps in February, but AAA and the Oil Price Information Service say gas prices were already at record highs.

Motorists across the Southland say they are not only checking prices, but they are also doing their best to conserve gas.

Analysts say prices are on the rise due to escalating tensions with Iran over its nuclear program, as well as the closings of several California refineries for maintenance. 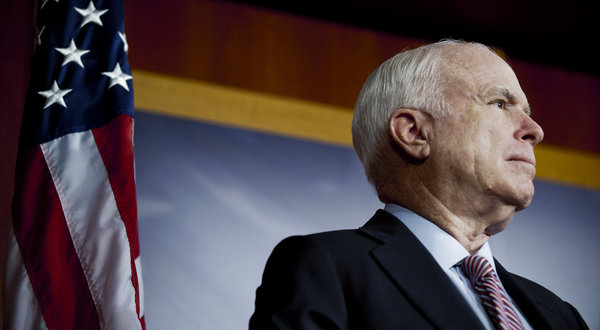 KABUL, Afghanistan — With the Syrian government continuing its deadly crackdown on its citizens, two senior American senators who were on their way to the Middle East spoke out strongly on Sunday in favor of arming the Syrian opposition forces.

The senators, John McCain of Arizona and Lindsey Graham of South Carolina, both Republicans, laid out a series of diplomatic, humanitarian and military aid proposals that would put the United States squarely behind the effort to topple President Bashar al-Assad of Syria. The senators, both of whom are on the Senate Armed Services Committee, said that rebel fighters deserved to be armed and that helping them take on the Syrian government would aid Washington’s effort to weaken Iran.

Syria relies on Iran for financial and military support, and the governments in Damascus and Tehran have sectarian ties as well: Iran has strongly backed the Syrian Shiite minority and the offshoot Alawite sect that makes up Syria’s ruling class.

“I believe there are ways to get weapons to the opposition without direct United States involvement,” Mr. McCain said. “The Iranians and the Russians are providing Bashar Assad with weapons. People that are being massacred deserve to have the ability to defend themselves.”

“So I am not only not opposed,” he said, “but I am in favor of weapons being obtained by the opposition.”

Syria’s crackdown continued on Sunday, including action near the heart of Damascus, in the Mezze neighborhood near the presidential palace. A day after security forces opened fire on a large demonstration there, killing at least one person, residents reported a heavy concentration of troops throughout the city, apparently sent to head off another protest.

At least 14 people were reported killed around the country, some by the government and some by armed opposition forces, according to the Syrian Observatory for Human Rights, an opposition group that operates out of Britain.

The Syrian state news media said that three people — a senior prosecutor, a judge and their driver — were killed by an “armed terrorist group” in Idlib Province. Idlib has seen heavy fighting between government forces and an armed network of military defectors, Turkish-based opposition forces and local rebels loosely organized under the banner of the Syrian Free Army.

Egypt on Sunday became the latest Arab country to withdraw its diplomatic mission to Syria. Egyptian state news media said that the nation’s ambassador would leave in answer to a call by the Arab League for its members to break ties with Damascus. The Syrian Embassy in Cairo has been vacant since it was ransacked by a largely Syrian crowd two weeks ago, leaving it battered and burned.

The detail in the American senators’ comments, made at a news conference during their visit to the Afghan capital, Kabul, appeared to signal that these were themes they would address when they arrived in Cairo, their next stop. The senators are leading a bipartisan delegation that stopped in Kabul to meet with military officials, diplomats and President Hamid Karzai.

The senators’ statements supporting arming the opposition went beyond the Obama administration’s public comments about Syria. After Russia and China vetoed a United Nations Security Council resolution on Syria this month, Secretary of State Hillary Rodham Clinton said that the United States would continue to “support the opposition’s peaceful political plans for change,” but then added: “Many Syrians, under attack from their own government, are moving to defend themselves, which is to be expected.”

Still, the administration has made a point of working through the Arab League and the United Nations rather than giving the appearance that the United States is trying to intervene in Syria, in part to avoid giving Iran any excuse to get involved on behalf of its regional ally, analysts say.

The senators, on the other hand, cited Iran as a major reason for action in Syria, even if only indirectly.

Mr. McCain said the United States would not have to send weapons directly to the opposition but could work through “third-world countries” and the Arab League.

Mr. Graham also endorsed arming those who are fighting Mr. Assad, and he suggested that the Arab League, which has called for Mr. Assad’s departure, could be a conduit. A byproduct of a more interventionist policy would be to weaken Iran.

“Breaking Syria apart from Iran could be as important to containing a nuclear Iran as sanctions,” Mr. Graham said. “If the Syrian regime is replaced with another form of government that doesn’t tie its future to the Iranians, the world is a better place.”