Of ik het geloof of niet, daar ben ik nog niet uit, maar een "open mind" lijkt me gezond in deze B)
"The presence of those seeking the truth is infinitely to be preferred to the presence of those
who think they've found it."
Sir Terry Pratchett
De volgende gebruiker(s) zeggen bedankt: baphomet
Omhoog

I find it fun and entertaining to actually hear someone speak the truth once and a while. In the case of Gordon Duff, editor of Veteran's Today we get at least some truth which is more than can be said from most anything else out there on the net today...

For example. In today's article he is writing the U.S. Army and DARPA official story on 911 and it goes like this...

Here is where things stand on 9/11 today:

The official accepted belief on the towers is that the two were destroyed by 4 small nuclear devices, two in the basement, two on upper floors, that produced over a million degrees of heat that dissolved the building, put out minor radiation for a short distance and kept fires burning for months. It vaporized enough steel to build 3 huge aircraft carriers and huge beams hundreds of yards away show more damage than anything in Hiroshima. This is the official opinion of DARPA and the US Army. This is highly classified but I am printing it anyway.
Building 7 is said to have been destroyed with conventional explosives.
No official secret finding has been reached on the Pentagon attack other than that wreckage from a Columbia crash in 1995 was dumped on the lawn and the site was altered during the day to simulate an air crash. I have not been given access to anything beyond this and choose not to make something up.
The official finding as to rationale for the 9/11 attacks was to cheat insurance companies out of billions. Those who have examined US policy said that there were other simpler possibilities for bringing the US to war other than the 9/11 action against the US. (for those who don’t catch the connection, it has been accepted that 9/11 was an “inside job”)
Many Israeli teams were involved in 9/11 and the twin tower attack was entirely an Israeli action with our military and intelligence services denying involvement. This is not my opinion, this is official.
Several Israeli teams were arrested on 9/11, one after the George Washington Bridge explosion. There were other attacks on 9/11 thwarted by police, one on the Lincoln Tunnel. There is no evidence of an attack on the Verrazano Bridge or Brooklyn Bridge. Arrests were made of the Israeli’s at the GWB, hard proof exists but the arrests at the Lincoln Tunnel, two Israeli citizens, van of explosives and weapons is only backed by limited police testimony and they are scared to death. An authoritative source on the scene says the terrorists, Israelis, were turned over to Bernie Kerik, Police Commissioner and never heard from again.


Now he hasn't mentioned the liklihood of a particle beam weapon (Judy Wood is talking about this) being used on the Twin Towers or the holograms of Planes which Jim Fetzer and John Lear describe very well but this is a case of "and they used a particle beam weapon and holograms" not "or"... So I still give Duff cudos for coming out with a good dose of truth.

Of course there are places he doesn't go but his info on Romney who is a real piece of work (later in the same article) is full of good info and I for one, appreciate this excellent true statement:

The nominating process, which has yet to conclude, has been wrought with vote rigging, millions in bribes and violations of every kind.

Ron Paul won and Romney is a foreign spy, a demagogue, a dangerous fanatic and has spent his life as part of an organized crime syndicate. Most elections, priaries, caucuses were rigged, almost all show clear criminal activity and there is no effort to correct this because the election for president of the United States is being managed from Tel Aviv (read Moscow).

Thanks Duff for telling it like it is regarding so-called free elections in the U.S.!!
#WWG1WGA #NaClO2
De volgende gebruiker(s) zeggen bedankt: baphomet
Omhoog 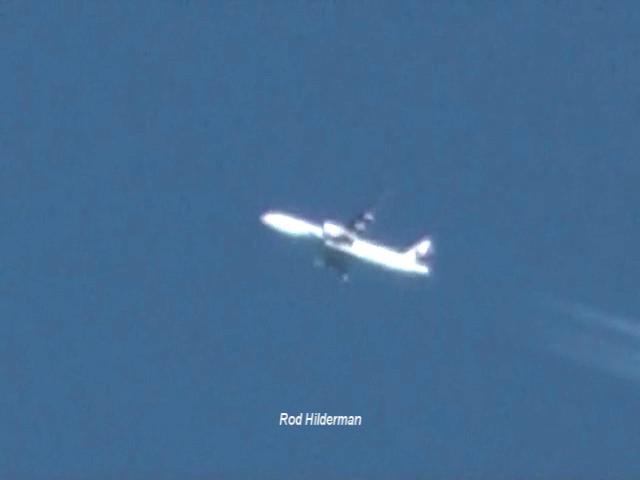